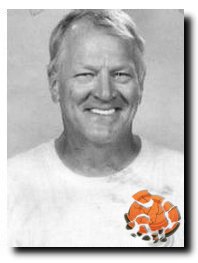 William D. Van Nieuwenhuyzen (aka Van Alphabet) started shooting ATA registered targets in 1982. Dave Stearns, the manager of the Luverne, MN trap club got him involved at that time.

In his first Minnesota State Shoot, he was awarded the “New Shooter Trophy – High First Year Shooter on 400 Championship Targets”. It was a pheasant print, which is still hanging proudly in our family room. He was immediately hooked! Bill took a very old motor home to that shoot, along with a bunch of guys from his local trap club in Luverne.
Bill didn’t bring his wife, and that was the first and only time that happened!

Since then Bill has won many events nationally, including the Mint Handicap in Las Vegas in 1983 and the 200 yard class singles in Phoenix that same year. Then he was really hooked! Bill has several trophies from the Grand American, and his most cherished one there was the Nora Martin Doubles Champion in the early ‘90s.

His Minnesota State trophies are numerous, and Bill has been on the State Team for most of his shooting career. Bill won our HAA in 2004 and our HOA in 1993 and 2000 along with many other place trophies. As the years progressed, Bill’s vision correction surgeries started failing him somewhat. Or do we call that old age?! So his winnings have tapered off a little. Regardless, he still enjoys the shoots immensely. He hasn’t missed a Minnesota State shoot in 28 years, and not many in that same period in Iowa, South Dakota and the Grand American. During the late 80’s and early 90’s,
his son Jeremy was involved in shooting, and Bill was very proud to have him on the Jr. State Team.

These days, at the shoot, you will find Bill rushing from the line to get back to the motor home so he can attend to his many cooking duties. Bill and his wife, Rose, have fired up the grill on hundreds of occasions, sometimes their own, sometimes, cooking for others. On one occasion, Bill missed a shoot-off because no one else could fry the fish just the right way. He is looking forward to many more of these events for both the pleasure of shooting and the socializing.

Anyone who will ask Bill about his favorite part of ATA participation will hear from him that it is the many cherished friendships that he has made with a lot of really neat people over all these years. Winning is nice, but not nearly as important to Bill as the memories and friends that he has made.