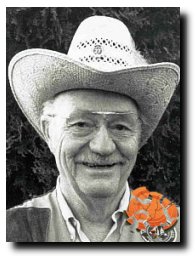 During the past 25 years, Tom McKay’s shooting plus his active involvement in the Minnesota Trapshooting Association has certainly qualified him for a Hall of Fame Supporting Member.

In these years of shooting he has shot at over 251,300 registered targets. He has been a high average and long yardage shooter for most of these targets, resulting in his being selected for the State Men’s Team many years. He shot his 100,000th Singles in January of 1987.

It would be hard to list all of Tom’s contributions and activities in the 17 years he served as a director, vice-president, or president of the MTA.  Tom was Minnesota’s ATA delegate for 13 years.  While ATA delegate, he was instrumental in setting up the format of the ATA Zone shoots and served several years on a committee to establish a
uniform program for the four Central Zone Shoot locations.

He was a member of the ATA Board that initiated the ATA Youth Trapshooting  program.  His many contributions as ATA Delegate are exemplified by the fact that in all those years he missed only three ATA delegate meetings.

While he served as director or an officer of the MTA, Tom was active in selecting the annual State Teams.  He was always involved in many of the contractual arrangements necessary to the MTA.  He was
instrumental in the MTA’s incorporation.

Tom always took a very active part in any discussions at the MTA Board meetings.