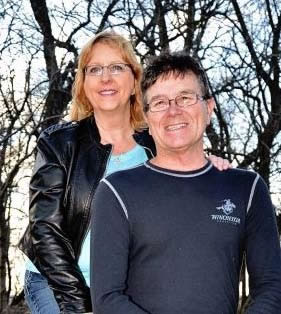 Kathy and Steve have been shooting ATA targets for a combined 41 years and have shot 119,350 targets. They have both won various events at Zone, State, Grand and many local shoots.

Steve has been involved with the MTA, being on the State Board for several years, and helping out wherever he was asked to fill in.

Kathy and Steve have both been involved with the Fairmont Trap for many years. Steve has been on the board off and on for 30+ years and Kathy has been on the board for the last 8 years. They were involved in moving the club from the old location at the fairgrounds to the new location east of Fairmont. This included many hours of volunteer work in electrical wiring, painting, laying carpet, etc. They are always happy to help with any projects at the club.

Steve and Kathy helped bring ATA back to the Fairmont Trap Club. From getting the flyers made and sent, to sending in the results to the ATA, it’s a lot of work, but also fun for them. They know it wouldn’t all come together, though, without the help and support of the other board members and ATA shooters at the club.

They are both NRA Level 1 coaches for the Fairmont High School Trap Team. They both enjoy working with the kids, encouraging them to hone their skills and to keep shooting during the summer. Steve and Kathy make sure team members know that they both are available anytime for personal instruction. A few have taken them up on that! They also encourage kids to go to ATA events, even offering them a ride if needed.

The Fairmont Trap Club’s biggest fund raiser each year is the gun show. Kathy and Steve took it over 12 years ago, when there were about 30 tables. That number has now grown to 100. Vendors come from South Dakota, Wisconsin, Iowa and Minnesota. It’s gotten to be quite a tradition in southern Minnesota.

Steve and Kathy have always been there for the Fairmont Trap Club, the MTA and ATA, promoting the sport and lending a hand when and where they could.