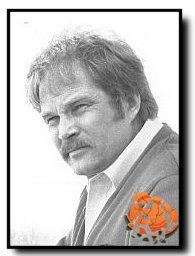 Stan Wilson, 39-year old Thief River Falls executive was born August 31, 1942. “My father introduced me to shooting when I was 11, then Roy Long took me under his wing and taught me all I know about trapshooting”, said Stan.

Wilson shot his first registered clays at the state shoot in 1956.  Three years later he won the Junior Championship at Minneapolis. Wilson came into his own  in 1963 when he captured the state HOA with 665 X 700, five targets over the field which included  All-American Merle Stockdale, Vic Reinders, Brad Higgins, Henry Hein, Art Finney and his teacher Roy Long.

Stan won numerous championships which included the Zone Champion of Champions in1971. He and his father shot in 12 Grand Americans where he won several minor championships. In 1968, he was captain of the Minnesota team at the Manitoba one-box sharp-tail shoot at Ashern, winning the trapshooting championship against teams like Iowa, captained by All-American Bob Allen and the Texas team, composed primarily of Astronauts.