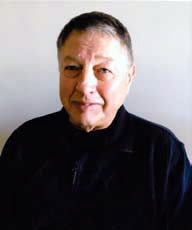 I remember my early days being exposed to trapshooting, when I accompanied my dad to our local sportsmen’s club. The trap machine used to throw the targets was hand set and guess who was nominated to set trap. At the days end of shooting I was allowed to shoot some targets with club members giving me shells. I was hooked for life as a 12 year old. In the 1950’s choice of shotguns was
limited, a Winchester model 12 trap gun was my favorite.

The next few years saw marked improvement in my shooting ability through pheasant hunting, local meat shoots, and limited registered target shooting. In 1955 the family attended the Minnesota State Shoot held at St. Cloud golf and trap club. I was fortunate to win the Junior Singles Championship with 97×100. This was followed up the next day with a 96×100 in the handicap with was good for third place behind (2) 97×100 for winner and runner-up.

In 1956 I was honored to be selected to the Junior All American Trap Team. Three others from Minnesota, two of them being professional or industry reps of ammunition companies were Dave Yaeger of Federal Cartridge and Roy Long of Winchester . Upon graduating from high school and entering the work force, trap shooting was put on the shelf for 4 years. When I began attending registered shoots I found handicap shooting more to my liking. I achieved the 27 yard line at the Grand American held in Dayton, Ohio in 1962.

In 1973 winning the Minnesota Singles Championship was a rewarding experience. The previous year, while attending the Ohio State Shoot, winning the Non-Resident State championship with high score over the field was a highlight. I attended many of the surrounding state shoots from 1970’s through the present.