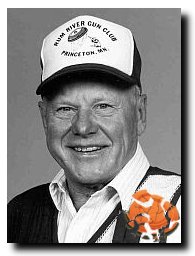 This year we are proud to honor Roger Bohm as a supporting member the Minnesota Trapshooting Hall of Fame.  Roger owned and operated the Rum River Gun Club in Princeton from 1966-1989, throwing 100,00 targets per year.  Roger served on the Central Minnesota Gun Club and Sioux Trapshoot Board of Directors
from 1974-1980.  He taught trapshooting to Community Education, youth groups and adults.  He also taught firearms training from 1950-1970. Roger has shot 69,000 registered targets and won the Minnesota State Handicap Championship in 1970 with a 100 straight from 24 yards.