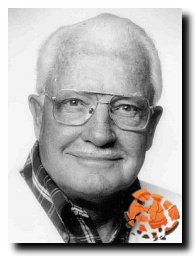 This year we are proud to honor Robert Redfield as both the shooting and the supporting member to the Minnesota Hall of Fame.  Bob has been trapshooting since 1970, his unique shooting style is as recognizable as his presence at clubs throughout the state.

As unorthodox as his shooting style is, there is no doubt it works for him. Of the over 100,000 singles, 100,000+ handicap, and 75,000+ doubles targets, Bob has accumulated many state titles, 9 years on the State team and many ATA trophies form the Grand American and the Spring Grand.

Bob has served as vice president and president of the Big Lake Gun Club and has been an avid helper since 1973.

He served as a Zone Director from 1985-89 and has been Alternate ATA Delegate from 1989 to present.