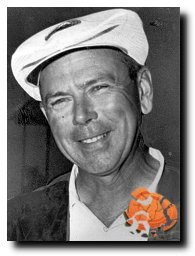 Bob Putnam, President of Worum Chemical and Worum Fiberglass, was born April 25, 1916 in Wahpeton, ND., and moved to St. Paul when he was three.  “I didn’t start shooting clay targets until 1940 and I think I broke 14 of 25 on my first try with my old Browning ribless automatic field gun at a small club with one trap near St. Paul,” he said.

Putnam monkeyed around at a few turkey and club shoots, then joined the St. Paul Rod and Gun club in 1960.

That year he entered his first registered shoot at Owatonna Gun Club and broke 99 with his field gun. He won his first major championship at Jackson Hole, Wyoming, in 1965 when he dropped his first target, then ran 199 straight to win after a shootoff.

Putnam won countless minor and major championships which included the 10,000 Lakes Handicap at the Minnesota State Shoot in 1967 when he broke 98 from 24 yards and he won the Grand American Class A that year with the lone 200 straight.

Jimmy Merriweather and I drove all night to the Grand that year and arrived just in time to enter, said Bob. The following year he broke another 200 straight in the Clay Target Championship of America but fell in
the shoot-off. There were a record of 43 shooters with 200 straight that day. That year he was a member of an all Minnesota state squad at the Grand which set a Minnesota record of 499 X 500. Members of that squad were Chuck and Loral I. Delaney, Craig and Tom Hall.

Putnam, who has shot 100,000 ATA registered singles, has won numerous Veteran championships and been a member of the Minnesota team at the Grand six times. He was president of the Minnesota State Trapshooting Association and ATA Delegate for four years.