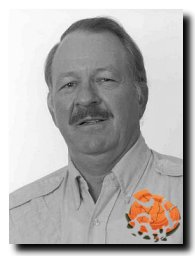 Dick started shooting at the age of 8 by shooting pigeons for dog training and field trails.  He began clay target shooting in 1958 at the St. Cloud Country Club.  IN 1960, Dick and his dad Tony built the Del-Tone Trap Range.  Dick was instrumental in starting league shooting at Del-Tone that year. From 4 traps and 8 league teams, he has built it to 14 trap fields, a skeet field, a rifle range and campground, with a high of 57 – ten person league teams.

He has actively promoted registered shooting in Minnesota.  He and his wife, Judy, have hosted the MTA State Championships since 1965.

Dick has served on the Central Minnesota Gun Club Board of Directors for 30 years.  In 1981 he recommended that the CMGC start a Minnesota Team Championship shoot.  This shoot has been successfully promoted by Dick for the past 12 years.