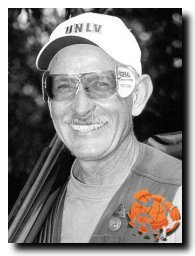 Ray meets and exceeds the requirements for being inducted into the hall as a shooting member.  He’s been on the All-State Team 14 times with most of those with First Team selections.

Ray started registered shooting in 1968 and reached the 27 yard line in 1972.  He was the 1976 Las Vegas Fall Tournament long yardage champion, beating Steve Carmichael in a shoot-off. Ray also won the Las Vegas Handicap at the same shoot, beating Ray Stafford in a shoot-off, and he was High-Overall Class A champion that year. In 1998 Ray won the 25-26 yard Beretta Handicap Championship at the Midwestern Grand American.

Ray won the 1976 Rocky Mountain Handicap Championship after shooting a 98 X 100 from the 27 yard line and defeating Phil Kiner  in a shoot-off.