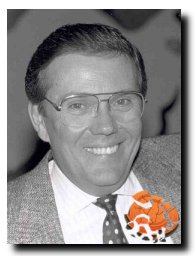 Paul Robey started shooting in 1965 at St. Cloud.  He and some friends were shooting league at the Richfield Bloomington Gun Club and the manager asked him if he was going to the “State Shoot.”  Well, even though he wasn’t sure what he was talking about, he went and a friend told him to “play all the money.”

He did and he got lucky and broke a 99 in Class B.  That night he went home with a big silver tray and some cash. But Saturday in the 200 Championship Singles he came back to earth with a 191 in Class A.  The bug had bitten him.

In addition to his fine shooting, Paul also served for 8 years on the MTA board of Directors. He served as a Director, as Vice-President and two terms as President in 1972 and 1973.  While Paul was active
in the MTA the State Zone Shoot Program, still in place today, was started.