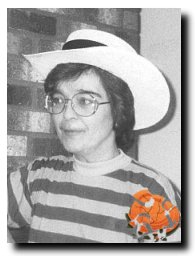 Mary’s shooting career has spanned almost 30 years.  She began by shooting league at the Montrose Gun Club in the mid 60’s.  Her first registered targets were shot in 1973. In the 20 intervening years she has been on the State Women’s team 13 times.  She has won the State Ladies Championship in 1982, ’84, ’88 and ’91.  Mary won the ATA Central Zone Ladies title in 1986 by a shoot-off with Lou Ann Munson, Virginia Schmidt and a 4th shooter from out of state.  She has shot-off in the Clay Target Championship at the Grand, and has won countless local, state, and out-of-state trophies.