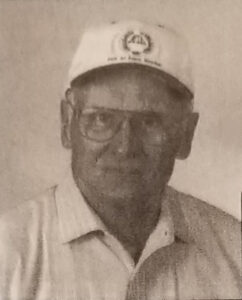 Lou’s registered shooting career started in 1952 in Nebraska, where he also helped his dad with two-trap range on the family farm. In 1959 he moved to Minnesota where he continued to shoot and became involved with the Central MN Gun Club. Lou was appointed treasurer in 197 4 and continues to hold this position. Since 1978, he has served as cashier for Minnesota State Shoot and hopefully will finish with the 2004 State Shoot. Lou was elected Secretary of Treasurer for Minnesota Trapshooting Association in 1996 and still holds this position, as well. He has also served as Chief Scribe for the Sioux Trapshooting Association from 1982-2001.

Major wins in Lou’s career are as follows:

2002 – Minnesota State Veteran High Over All

2003 – Minnesota State Veteran High Over All