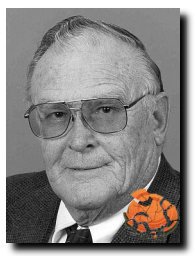 In 1960 he became active coaching youth at Rochester Gun Club getting one on the Sub-junior All-American team. In 1974 the club lost it lease and closed. He then started a youth program at South Minnesota Gun Club. He has as many as 40 youth shooting league.  Keith also contributed shells for the annual Jake and Jerry shoot for three
years. That shoot now gets a turn out of over 200 a year.  They have other donors for the shells now. He has won trophies at the Southern and Western Chain shoots, Golden West Grand, A.T.A. Central Zone shoots and the Grand American.

He tied for Provincial Championship in 1986 at Brandon, Manitoba, also placed third in 1984 in the Provincial Handicap at Brandon with a 97 X 100.

In 1991 he was finally able to get the Rochester Gun Club to contribute its assets to the South Minnesota Gun Club so they could expand their facilities.  He still lends a helping hand to any new shooter who comes to the club or any shooter that has problems, he can help them overcome.  When any repairs or volunteers are needed he is willing to help around the club.

All five of his children have shot.  His sons have won numerous trophies.