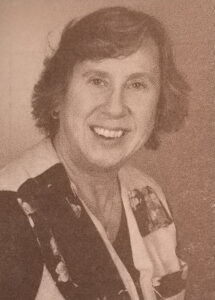 Kathi Lahti is being inducted this year into our Hall of Fame under the contributorcategory. Kathi’s involvement withregistered trap shooting began in 1971when she was an employee of Metro GunClub. Kathi started at Metro as a trap kid.Kathi’s continued at Metro for many yearsand was the assistant manager when sheleft Metro in 1985. It was at Metro in 1980that Kathi’s shooting career began whenshe registered her first AT A targets. Kathihas attended each state shoot since 1980except for one year when her husband’sterminal illness interrupted her shooting.Being the trooper she is Kathi did manageto break away that year to attend ourawards banquet.

After leaving Metro, Kathi worked at many clubs in the metro area running and scorekeeping shoots the old fashioned way. All of us that attended those shoots remember her vast array of colored pens that she used to post the scores and the winners. I still marvel how organizedshe was and how neat her posted score and payout sheets were. I don’t think even today with the fancy computer systems we use the shoot reports are better then Kathi’s.

In 1990 Kathi first began her involvement with the MTA Board. She served as CentralZone Director from 1990-1996. It was during this ti1ne she became our youth program director, a position she held for many years and continues today as an active participant in our youth activities. In 1996 Kathi was as elected Vice-President of the MTA and in

1997 she was elected President. After her term as President was concluded,Kathi again served as Central Zone Director from 1999-2005.

The next major accomplishment for Kathi came in 2006 when she earned her first ever yardage recording a 96 in the Minnesota State Handicap Championship. I had the honorof punching Kathi,s card that day and don’tever recall a prouder shooter. I think this iswhat makes Kathi such a worthy inductee for our hall of fame. Kathi will likely neverearn many laurels for her shooting ability. But Kathi didn’t let this inhibit her desire tocontribute to trap shooting, the MT A, or the youth shooting program that she has so ardently supported over the years. Kathi has found ways to contribute over and over and over. Please join me in congratulating Kathi Lahti as our 2008 Hall of Fame Contributor inductee.