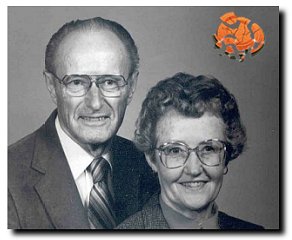 John began informal trapshooting in 1929, registered shooting in the early thirties, and continued ever since.  He recalls registered shoots held in such unusual places as a sandpit south of St. Cloud, at Ft.
Snelling, at the Minnesota State Fair, and at Fawcett’s Breezy Point lodge on Pelican Lake.  He has been active in local and State trapshooting organizations throughout his entire career, serving as president of local clubs, and also the MTA in 1978.

Among John’s major wins he includes the Sioux Indian Singles Championship with 199 X 200, followed by a 25 X 25 shootoff to top Henry Hein’s 24 X 25.  Another satisfying memory is winning the Minnesota Veteran Championship with 198 X 200 at age 80 years. John and Maureen have taken four shooting sports training sessions conducted by the NRA at the Olympic Training Center in Colorado Springs, Colorado, and over the past twelve years have coached
more than 800 beginning and intermediate level shooting students.  Maureen has also conducted NRA workshops for Junior Olympic Camp Directors and coaches.

Maureen became active in shooting sports in 1947, and began registered trapshooting in 1962.  She has been a Board of Director member of the Central Minnesota Gun Club for nearly twenty years and served two terms as president of the CMGC.  She has been the Public Relations Chairperson for the CMGC for seventeen years, and did the newspaper, radio, and TV publicity for the MTA for ten years.  She wrote a weekly newspaper column in Outdoor News titled “Trapshooting Lore and Score,” from 1974 to 1986.  Maureen has written trapshooting and hunting articles published in Trap and Field, The American Rifleman, Outdoor Life, Alaska, and Upper Midwest Trapshooting magazines.  Both John and Maureen are listed as contributors to the book,  “The Basics of Shotgun Shooting,” published by the NRA in 1985.

Maureen initiated three college credit shooting sports courses at St. Cloud State University in 1975.  Both John and Maureen continued to teach these classes in Beginning and Advanced Trapshooting, and Rifle
Marksmanship from 1976 through 1986.  Maureen founded the SCSU Trapshooting Club, and served as advisor and coach for 10 years.  In 1983, the SCSU Trap Team won the Runner-up trophy at the National Intercollegiate Tournament in Peoria, Illinois.

Maureen served on the Governor’s Task Force on International Shooting, and the Minnesota Amateur Sports Commission. She was a past member
of Outdoor Writers Association, and wrote a weekly shooting sports column for Outdoor Outlines for thirteen years. She had articles published in The American Rifleman; Outdoor Life; Alaska Magazine; Good Housekeeping; Trap and Field; and other sporting magazines. She held a Private Pilot’s license. 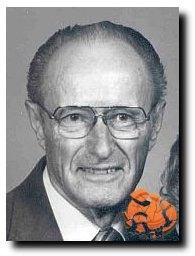 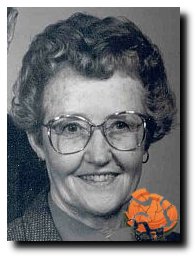