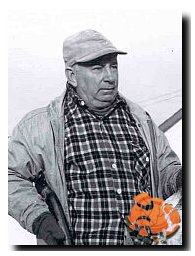 When Jimmy Robinson was inducted into the Trapshooting Hall of Fame in August, 1971, his friend Ernie Maetzold recounted some of Jimmy’s accomplishments. Well known in the pages of Sports Afield, Jimmy names the All-American Trap and Skeet Teams. writes a monthly article about shooters, conducts the Sports Afield duck survey each year.

Jimmy published Hits and Misses in 1941. stories and records of past Grand American Trapshooting events. A subsequent new book brought those records up to date. A recognized statistician in the shooting field, editor and score keeper of yearly averages, Jimmy has attended the Grand American for 49 years.

The “hunter’s special,” an event which enables new

shooters to get a start in trapshooting without competing against experienced shooters
with an average, was promoted by Jimmy Robinson.

He was one of the first to write nationally about Ducks Unlimited, giving the organization a strong boost since the start. He operates a duck club in the Manitoba marshes. In 1953 Jimmy received the Minnesota Conservation Award for his efforts toward conservation and for publicizing the state of Minnesota.

Each year the number of Trapshooters increases, but so too do the numbers of those who equate firearms with violence and lawlessness.  Perhaps Jimmy Robinson’s most important contribution has been to introduceb trapshooters and their legal and sporting use of guns to a public who might not otherwise understand the sport. (by Maureen Beuning – 1972) 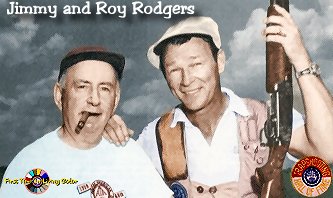