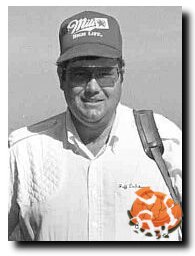 Jeff began shooting trap in 1978 with his brother, Brian and his father, Len. His love of the outdoors and hunting and fishing along with skeet and trapshooting has been a big part of his life. Jeff has been on the Minnesota State Team 12 times.  He was State Singles Champion in 1987, ’89 and ’97. He also won the State Doubles Championship in 1988 and 1996.

Jeff achieved Non-Resident State Singles Championship in South Dakota in 1995, ’96 and ’97. Also in 1997, Jeff was the winner of the Ohio Handicap at the Grand American and also placed 14th in the Budweiser Handicap.