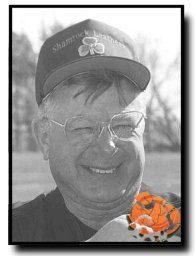 In addition to his many individual accomplishments, Denny has been instrumental in guiding many kids in the sport of trapshooting.  He began with his own three daughters during the 70’s and most recently with his grandson during the 90’s. In 1981, he helped to get the Youth League started at the Central Minnesota Gun Club.

In 1989 he took the Monticello Youth League Senior High Team to the Grand. In the past six years, 1992-1997, he has taken several youth teams from Annandale Conservation Club to the State Shoot and to the National Championships at the Grand.

Denny enjoys sharing his sportsmanship and techniques of trapshooting with the kids just as he has enjoyed learning from all the friends and acquaintances he has met during the past 29 summers.