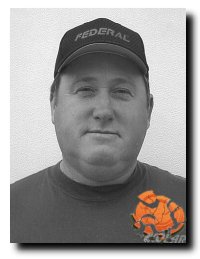 My shooting career started at the Winona Sportsmen’s Club in 1986 where I shot league for two years before I started registering targets. I shot my first registered targets in May of 1988.

In August 1990, I made the 27 yard line at the Grand American. I have been on the Minnesota State Team eleven straight years serving as captain for two years. For the past two years, I have also been on the All-American Team. (2001 & 2002)

The following are some
of the major shoot wins in my career:

I was president of the Winona Sportsmen’s Club for four years. I served two years as the Southern Zone Director. During the past nine years, I’ve been an alternate delegate (serving six weeks as delegate -which could be the shortest term in the ATA).

I have been setting targets at the Minnesota State Shoot the past nine years and have worked at the Grand American on the target setting committee for four years. I am a life member of the ATA.