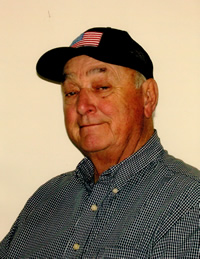 Byron grew up on a small rural farm outside of Howard Lake, MN. He would hunt pheasants and ducks, and do some fishing after school and during the summer months.

He worked as a Quality Controller in Minneapolis for more than 40 years before retiring.

Byron was introduced to trapshooting in 1966 by Erv Adickes, his postal carrier at the time, and started shooting leagues at Montrose Gun Club, Waverly Gun Club, and Delano Gun Club. He shot his first registered at the state shoot in 1968 at Del-Tone Gun Club in St. Cloud and had an 81 in handicap. That was the beginning of a lifetime career in trapshooting.

During the 1970’s and 1980’s he was traveling around the state to different trap clubs to shoot almost every weekend, from Grand Rapids to Blooming Prairie and from Minneapolis Gun Club to Graceville and more.

In 1975 he made the 27 yard line for the first time at the Illinois State Shoot with a 96. He won the Non-Resident Handicap Runner-up. In 1980 he ran his first 200 straight in singles at the Grand American in Vandalia, OH. In 1991 he broke his first 100 straight in doubles at the Captain Billy Fawcett shoot. Byron has won numerous trophies and awards throughout the years, to many to count or list in his 50+ years of shooting.

In 1979, Byron, his wife Mary, and their son Jim, became the first family in Minnesota to have 3 members on the State Team. In 1994, Byron’s wife, Mary, was inducted into the Hall of Fame. Besides trapshooting, Byron is very active in home projects, yardwork, fishing, some hunting, and watching sports on TV.

Byron enjoys traveling and rekindling old friendships and forming new ones each year at his regular gun clubs and the new ones he visits.