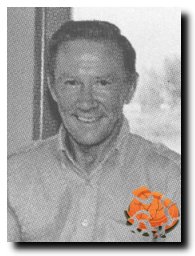 Allen Heil of Glencoe has been a member of the ATA for over 25 years, having shot over 30,000 singles targets. Allen in one of the few Minnesota shooters to have won all three state championships. He won the Handicap Championship in 1969 and completed the triple crown in 1977 by winning the Doubles Championship.

In 1978, at the Owatonna Gun Club, Allen was the first Minnesota shooter to break 100 straight in doubles in Minnesota. He won the Fawcett Doubles
Championship in 1973 beating Trapshooting Hall of Famer, Marvin Driver in a shoot-off.

He reached the 27 yard line in 1971. At the 1969 Grand American, Allen was listed fifth highest in AA with two hundred targets left to shoot but had to leave for home before the last day of Doubles and Handicap.

Allen is a fine competitor and a gentleman that all fellow shooters can be proud of.  He is an avid hunter and enjoys seeing the United States by the way of motorcycle.