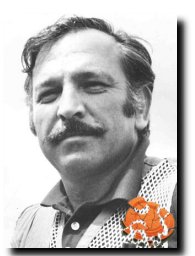 Charles”Chuck” Delaney, Anoka dog trainer was born May 5, 1934in Glendale, California.  He shot his first clay targets at Movie-Actor Roy Rogers gun club in California in 1960, breaking four out of 25.  Chuck moved to Minnesota the following year.

Two years later he broke 197 as runner up to Paul Robey in the Minnesota State singles.  In 1974 he broke  the entire Captain Billy Fawcett 16 yard program, 300 straight winning the singles with 200.  That year he was a member of the Minnesota Team (Tom and Craig Hall, Bob Putnam and Loral I. Delaney) that broke 499 X 500, the highest score ever attained by a Gopher squad at the roaring Grand.  In 1974 he had a long run of 465 straight.

Chuck won the Minnesota State Class AA in 1981 with 199,  the St. Anthony 500 marathon with 496 and he finished the season with a .9818 average on 2700 targets, fourth in the state.  Delaney the 9th Minnesota shooter to reach 27 yards in handicap, has won the Minnesota state class AA, A and B doubles and the Class AA HOA.  He won class doubles at the Grand last August with 99 X 100.

Chuck has been a member of the Minnesota All-State team ten times.  Teamed with his wife, All-American Loral I. Delaney, they as a couple have won the Grand American Husband and Wife four times, the most
current in 1985.  He was a winner of the Minnesota CentralZone singles.

Chuck was manager of the St. Anthony Gun Club for ten years and many years as a representative for the State of Minnesota as their ATA delegate.  He and Loral I., one of the greatest women shots of all times,
operate the famous Armstrong Ranch Kennels at Anoka where they hold the Game Fair event each fall that attracts over 26,000 in attendance.  His hobbies are hunting, golf and trapshooting.